Stories from the future 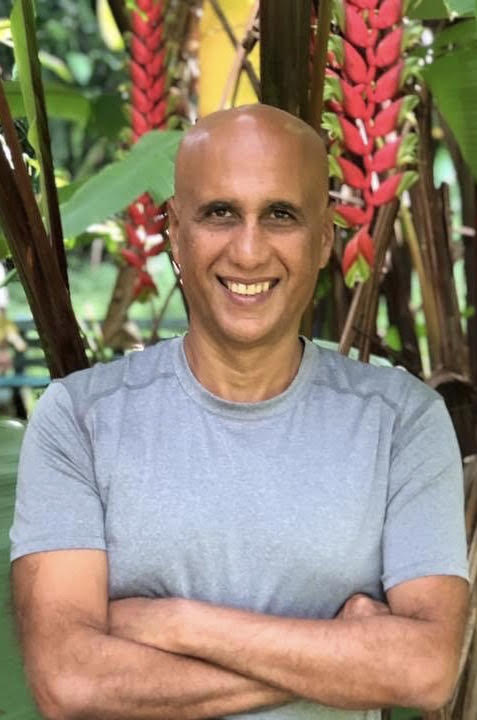 This piece is both methodological - how to do futures - and also content-based: what might the future look like?

A few years back I was asked by a futures team from the Office of the Prime Minister of a North American nation to provide a report on the futures of Asia; specifically focused on social emerging issues. This report eventually became a book titled, Asia 2038: ten disruptions that will change everything.

While we touched on scenarios for the futures of Asia, we saw this as an opportunity not just to explore alternatives but to help shape the future, to be active participants even while we did our best to objectively present the emerging issues we identified.

I thus began the report with my own narrative, my experience in growing up in Asia. Most salient was a story from high school when I was playing a basketball match in Singapore. After the game, we were offered a range of narcotics - which we refused - and during the match members from the gym stands routinely took younger students to the toilet where they would flush their heads. This would be unimaginable in Singapore and much of Asia today. Using this narrative to create a sense of how the last forty years had changed, we then focused on the next twenty.

To structure this, we used Graham Molitor's emerging issues analysis - weak signals that could develop into strong trends and eventually public policy issues. Our goal, and as requested by the client, was to help them see the future, to have a radar with which to spot the changing future.

Once we identified our emerging issues, we used Causal layered analysis to describe and deconstruct the issues.

But why this particular method? This "client" already had considerable experience in scenarios and economic data. We thus wanted to add values by linking the litany - emerging issues - with the systemic changes that these issues would impact, and the deeper cultural/worldview shift in Asia, and most significantly, the likely change in the core metaphors that define what it means to be Asian. We thus wished to link data with the story - to articulate disruptive issues and how they would change how Asia would be defined.

Thus our methodological goal was to provide a sense of the changing horizons and ensure epistemological depth, not just a litany of "facts" about the changing world or a number of uncertainties used to develop scenarios. We focused on the disruptive nature of the issues and the narrative shift that would result. Given our bias to imagine and create a positive future for Asia, we also explored how challenges could lead to institutional shifts that would benefit the region.

One of our core disruptions was climate change. While we know that it would likely lead to over 32 trillion dollars in financial losses; not to mention the end of the Asian dream, we also saw that climate change could potentially create a new foresight culture throughout Asia. Sea-level rise, followed by the possibility of sinking cities, could create a network of foresight capacities throughout Asia.

While currently, Singapore, Malaysia, South Korea have all developed foresight programs, and Taiwan, Thailand, Pakistan, Brunei have emerging programs, we imagined a future where there would be an Asian-wide foresight network, using real-time information not only for early warning systems but also for sharing data to create new social and financial opportunities: risk mitigation, to begin with, and financial and social wealth creation in conclusion. The choice is very clear: "drown or swim together."

We summarize this emerging issue in the following CLA table.

The second core disruption we observed was the shift in the Asian family. We saw this in stages.

Second, was an extension of the extended Asian family to include LGBT rights. We understand there would be pendulum shifts back and forth, but generally, we saw the resilience of Asian culture overcoming conservative patriarchy.

The final extension to the Asian family was the including of robots. They would move from pets to partners. We of course already noted that a few individuals had married their robot, their hologram, and so forth.

We saw the Asian family as thus continuing as the backbone of the cultural economy well into 2038 but with far more flexibility (given that all will be engaged in wellness practice such as yoga and Pilates).

The third core disruption we saw was the shift from industrial modes of pedagogy - the castle with surrounding wolves (unhappy stakeholders) or the cog in the factory - to the ecological playground. The factory model has been useful in the copy-paste phase of production, but in a world economy valuing difference, uniqueness, it would be critical thinking, creative abilities, and an ability to simultaneously in and out of the box that would be crucial. Thus, while the significance of education would not disappear, its institutionalization in the Ministry would be dislodged. Virtual gaming, holograms, workshops, facilitation, the whole of body-mind-spirit learning would likely become paramount by 2038.

HEAD TO THE GRINDSTONE TO WANDERING

With wealth creation, the rise of the middle class, new information technologies, the rise of women, we imagined a dislodging of the traditional life path of student-work-householder-retirement and death.

Throughout and between these phases would be periods of wandering - globally and virtually. Learning, thus would not only be directed - job based - but also an exploration - "to boldly go where no one has gone before."

As with all transitions, these would be contested. In one workshop for the government of Malaysia, four scenarios were developed. In the first, the metaphor was "force-feed." Curriculum developed by the Ministry was elite professors and fed to students. Since it was past-based, as the world changed, it was unable to adapt, and thus had become a used future.

In contrast, the curriculum from the student perspective was "all you can eat" - i.e, endless choice, global education, learning from many sources. However, for professors, it could be exhausting. The future they imagined was a mixture of physical and virtual, a mix and match.

However, the Minister of Education (with its numerous stakeholders) was more concerned about junk food. Their preferred future was the "healthy buffet." The buffet has numerous choices, but an education board of the learned ensures that all food groups are presented in the right amount and that the meal leads to enhanced creativity, not sleepy afternoons.

THE RISE OF THE ASIAN CONFEDERATION

But to continue the cycle of innovation, and not see the return of "snakes and ladders," i.e. the rise and fall of Asia, there would need to be a shift in what ie means to be Asian and institutional support of cycles of virtue, in creating green equitable futures. This is crucial so as to avoid a return to the history of Empire, of warring states, as fragmentation was all too possible. In our report, while understanding geopolitics, we instead focused on an Asian union as the seed of change that could accelerate innovation and peace.

Parts of Asia move up in the world ranking. New Asian currency and other financial agreements emerge, and Asian culture softly spreads, but the nature of the world economy does not change dramatically. There are still core and peripheral areas.

An Asian Union emerges, but only in terms of the movement of trade and finance, as nation-states remain strong. The regulation of green spaces, water and energy remains haphazard. Wealth does improve equity somewhat and sustainability has moved up the agenda. There are limited victories on issues of refugees and the poor.

By and large, collective identity remains important. A headline for this future, for example, as a title for a best-selling book was: “Learn how you and your group can become rich.”

And in the second:

In this future, Asia leads the world in green technological innovation. Instead of a world of have nots and haves, in this future, equity would dramatically increase over the next 60 years. Learning, in the sense of capacity building, would be a key component in the transformation of Asia.

Green cities, green buildings would become the norm, enhancing productivity and reducing illness. Health would emerge from using the best in all medical traditions, western to Chinese to Ayurvedic.

An Asian union would emerge and the geopolitical fault lines that currently are the basis for conflict throughout Asia would be smoothed over. Asia would rise to the challenge. A creative elite would spearhead this paradigm change. As an exemplar of this future, the bestselling book in 2060 in Asia would be called, “Through reflective learning, Asia creates the dream.”

This would be the beginnings of a post-capitalist Asia. A CLA on this emerging issue follows.

We saw this as an emerging issue in that numerous Prime Ministers have endorsed this vision. However, the rules have yet to be created. The vision beckons. However, we saw this as realistic in that the gains are astronomically high and creating a confederation would least to disastrous consequences.

In our view, the benefits of integration into an Asian confederation would be many: economic, due to the enhanced ability to compete with other integrated regions; environmental, due to the integrated approach in resolving issues such as pollution that already cross national borders; security-related, due to better cooperation in fighting crime; educational, due to keeping the best and brightest in Asia and creating social and technological innovation; political, due to removing cross-country disparities that can lead to conflict; demographic, balancing ageing societies versus overpopulated societies. If, on the other hand, new coordinated governance does not occur, we can anticipate greater conflict, environmental destruction, and economic under-utilization.

Certainly this emerging issue, and indeed the vision of Asia would change Asia and the world, leading to greater wealth, greater equity, and a greater likelihood of a wiser and peaceful society. The weak signal is there but is there enough of a push and a pull for this to become a trend and an institutional reality?

This becomes the methodological question. Emerging issues analysis helps us notice and magnify possible realities. Using CLA we create categories to challenge the current and then create alternative futures. That, indeed, is the purpose of futures thinking and the futurist.

This blog is home to a range of pieces from the team at Metafuture. Metafuture is an educational think tank which explores futures-oriented issues. Our approach to futures thinking and practice (theories, methods, tools and processes) is based on the "Six Pillars" model which inquires into alternative and preferred futures and the worldviews and myths that underlie them.

We hope to also make this blog home to guest blogs from futurists around the world. So, buckle up!